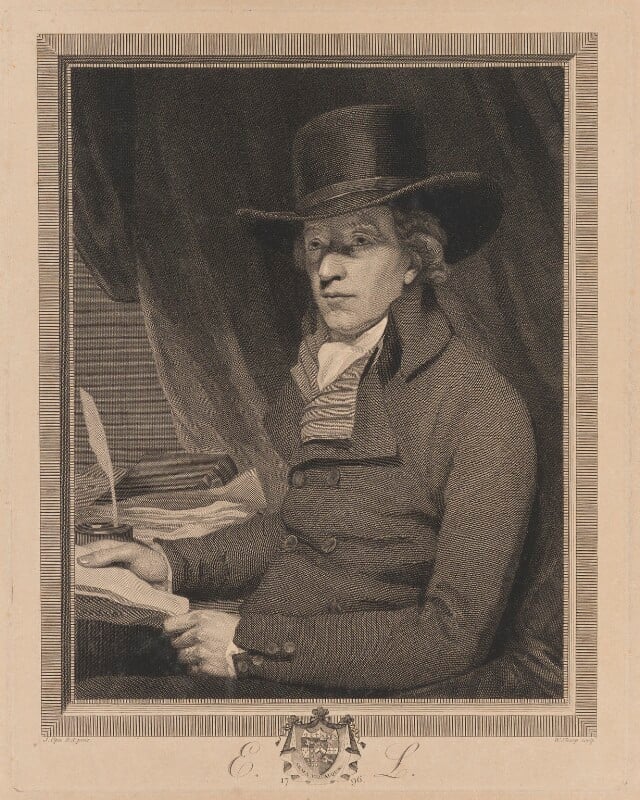 The document on the ‘Candid reflections upon the judgement lately awarded by the Court of King’s Bench in Westminster-Hall on what is commonly called the Negroe-cause / by a Planter’. A pamphlet written by Edward Long (1734 – 1813) in 1772, is a racist attack upon Africans to defend slavery, following the Somerset case and Lord Mansfields’ judgement. Long opposes the ruling and aims to reproach it by highlighting the inconveniences that will arise following the legal protection of slaves he also defends slave owners as being ‘innocent of guilt’, it being their right to own property. The judgement concluded that a master could not by force order a slave to go out of England to be sold abroad because he deserted from service. Edward Long was a historian of Jamaica, an author who defended slavery and the slave trade, his opinions were influential shared amongst many during the late 18th and early 19th centuries.

Longs’ main concern is the increasing numbers of black people residing in Britain. At this time racist ideologies were emerging and becoming increasingly widespread to justify the mistreatment of black people within slavery and the slave trade. Long voices his political, social and sexual anxieties, following threats of emancipation and abolition gaining momentum. His fears include the possibility of black people entering into the social and political life of British society, such as becoming members of parliament. In addition, what he perceives as the unnatural contamination of English blood is a cancer inflicting upon British society – the intermarriage of whites with black people and their subsequent offspring. In this document Long addresses the impurities and inferiority of Africans, referring to them as an unintelligent, useless burden to the British kingdom that are not of value to the nation as free men, they display no strength or skill and if emancipated will only increase criminality due to their innate savagery.

Long is correct in stating that slavery and the slave trade greatly benefitted not only Britain but the whole of Europe creating massive amounts of wealth that were shared and enjoyed by many. As a result helped fund the process of industrialisation, emphasising that the economic advantages it holds for the nation warrant the continuation of slavery. The problem within the document is that Long believes there is evidence to support the inferiority of Africans, their subhuman savage characteristics are deemed an innate feature of Africans and are used to justify his racism. This belief of scientific racism was held by many at the time but is factually incorrect and has been rejected and disproved, Long displays no empirical evidence to support his racist arguments. In addition, Peter Fryer states Edward Longs’ work is unoriginal and is believed to be heavily influenced and even copied from Samuel Estwicks, Considerations on the Negro cause (1772) Therefore the arguments by Long are unreliable and unconvincing and is merely just a display of his racist ideology. Long also describes himself in this document as not an advocate for slavery however, he was indeed pro-slavery as identified by his arguments within this document and seen in his book ‘The History of Jamaica’ published in 1774 which contains further discussions of race and his racist descriptions of Africans, comparable to animals.

This reading fits into the theme of this week’s session of pro-slave writing and the origins of racist ideology as it displays the racist thinking of Edward Long. His writing is powerful in highlighting the rampant racism that emerged in 18th century Britain that was created by plantation owners and slave merchants – known as plantocracy racism – and influenced many at this time. Racist ideology was used to justify slavery and the slave trade and aimed to separate and subordinate black people, by deeming them an inferior race who displayed innate savagery behaviours. In order to inflict fear onto the British people over the issue of emancipation, and their lack of intelligence and skill meant the only safe and suitable place in society for African was to live as a slave to their white owners. Anti-slavery advocates would have to work to fight against racist ideology in their aims to achieve abolition. 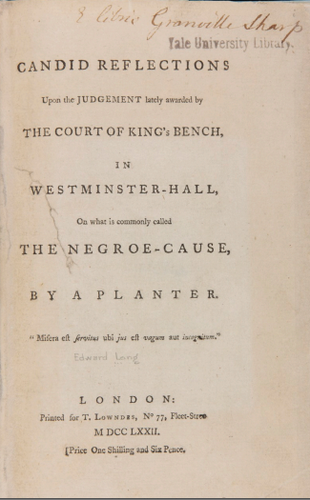